Quick, clean, and efficient. Blue Forest Farm’s organic CBD / CBDA softgels are great for travel and people on the go or those who don’t want to use an oil tincture. We named this oil In The Raw because it is our rawest form of CBD oil and puts a focus on the CBDA and the terpenes. Unlike anything on the market, the 07 maintains the cannabinoid carboxylic acid compounds typically lost in the extraction process including CBDA, CBGA, CBCA, CBDVA and THCA among others. The effects are healing, uplifting, and soothing. The 07 softgel is an improvement on our 05 formula – the 07 softgels are vegan, plant-based and do not include gelatin. If you still want the original 05, it is still available in an oil tincture.

Packed with terpenes, cannabinoids, flavonoids, and even chlorophyll, our organic CBD 07 softgels harness the power of the entire hemp plant to promote deep relaxation and balance. This unrefined CBD oil has a thicker texture and is the closest thing you’ll find to the natural hemp plant because it’s a unique blend of all of “good stuff”!

You’ll especially want to buy our organic CBD softgels if…

Take 1-2 softgels by mouth daily–morning, night, or throughout the day depending on your desired effects and how your body reacts. They can also be used as an alternative to your pain-relief supplement of choice.

CBD is not one size fits all, and most companies don’t give you a choice. At Blue Forest Farms all of our premium, organic CBD products are made from one of 8 different oils, because every person and everybody is different.

We make it easy to find the best organic CBD products for your needs. Whether you want help falling asleep and staying asleep or a little extra energy or focus to get through the day, our collection of organic CBD oil can help.

Find your number and easily remember it for next time. Or, purchase the full collection so you can have organic CBD oil on hand for all your wellness needs.

Containing only CBD and absolutely no THC, our “Restore” oil promotes a sense of calm and balance so you can comfortably live your everyday life.

Our 04 oil formula combines CBD with other rare cannabinoids , including CBDV, THCV and CBG to create an uplifting, energizing effect.

This formula puts a spotlight on CBG, a rare cannabinoid that has uplifting and energizing effects. CBD and CBG work synergistically to provide a mellow focus so you can wake up and seize the day. So why buy from us? Simply put, we think we make better CBD. From selectively breeding our own better performing hemp strains; to growing the plants locally on our sunkissed, organic, Colorado farm; to overseeing the processing and extraction process in the lab; to engineering the best tasting, highest quality formulas, we think we make the best CBD products on the market. Take up to 40% off every month when you sign up for a subscription and
have your favorite CBD products automatically shipped to your
door each month! Everyone is talking about CBD But What is it and what do you need to know?

Find answers to somd of the most common questions surrounding CBD. 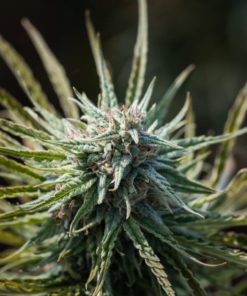